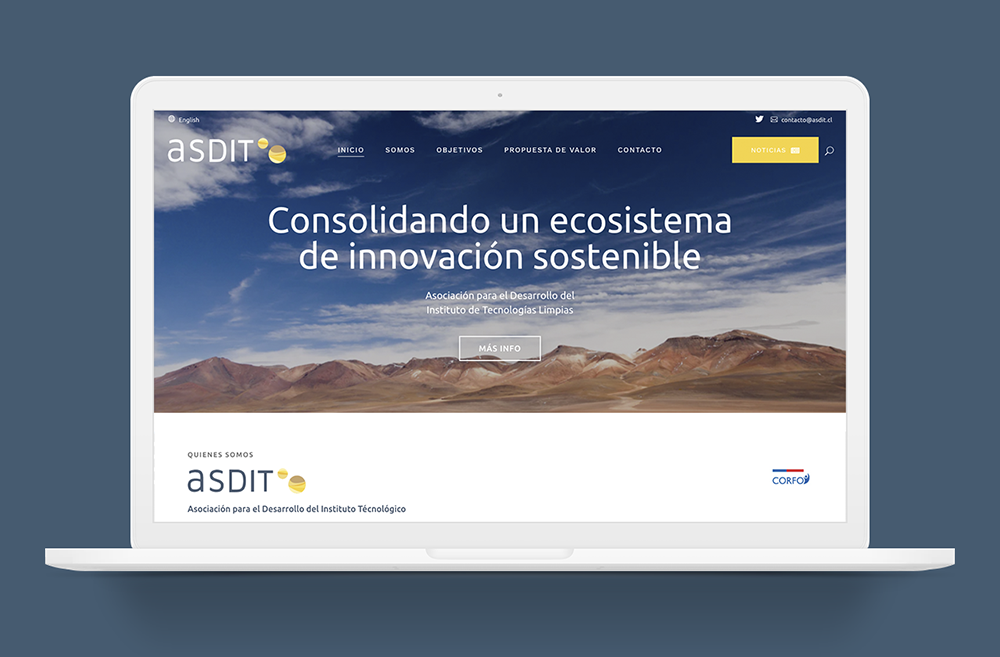 Posted at 13:43h in Sin categoría by samirabajbujdiseno
0 Likes

In order to publicize in detail all the aspects of its proposal submitted to CORFO to lead the Institute of Clean Technologies, ASDIT made available the site www.asdit.cl, where you can find the mission, vision, values , governance, objectives, value proposals, among others.

“Chile, the main engine of sustainable energy in the world”. That is the dream that moved ASDIT to apply to lead the Institute of Clean Technologies and for which the entire team that makes up the consortium worked for more than a year on to translate into agreements and projects, and shape what they imagine for Chile through this Clean Technologies Institute (ITL).

“From the solar perspective, Chile has the optimal conditions in radiation to become a competitive exporter and producer of renewable energy. The ITL is a unique opportunity for the country and could lead it to the forefront in the production of renewable energy and green hydrogen. ”Says Víctor Pérez, executive director of ASDIT.

The result of this long process of discussion and analysis which shaped the final proposal of ASDIT, can be found on the recently launched website www.asdit.cl, so that all Chileans can learn in detail all the aspects of the proposal presented to Corfo on March 31st.

On the site you can find the vision, mission, values, governance, objectives, value proposition and the relationship with the region, one of the pillars of the proposal.

What is the Institute of Clean Technologies?
The ITL (for its acronym in spanish) is an initiative, tendered by Corfo, which seeks to promote Research and Development (R&D) in lithium and other minerals to give them added value, promote low-emission mining and develop a solar energy industry. It will have a budget of US$ 193 million to be executed in 10 years, resources that come from the agreement made between Corfo and SQM Salar, and which will make ITL the largest R&D investment in the country.
This institute, located in the Antofagasta Region, aims to diversify, through innovation, the productive matrix of the country’s main industries and to promote the transfer of technologies and innovation.

What is ASDIT?
ASDIT (for its acronym in spanish) is one of the consortiums that is running for the tender held by the Institute of Clean Technologies (ITL). It’s led by the Alta Ley Corporation and integrated by the Association of Industrialists of Antofagasta (AIA), 8 research and R&D centers and the 11 of the most important universities in the country.